My parents and all of my aunts and uncles have now passed away, and I am now the senior  generation of my family.  Instead of looking to my elders for information, I am now the one who has the knowledge about the olden days, of how we lived without electronics and instant gratification. While I am still on this earth I hope I tell or write down everything I know for the benefit of future generations.

Because I know how it feels to be curious about the stories of my forebears, to know that no matter how desperately I  about long to hear  about their lives I will likely never know more than I do now. To wonder why some relatives moved from Missouri to Arkansas, or who sewed the ruffled dress worn in a black and white photo, or even the circumstances on the day a picture was taken, is normal I believe. Knowing our stories makes us feel more  connected to those who came before us and worked  through many hardships to make a decent life. Stories make us feel secure.

Recently a friend of mine who has an interest in genealogy started a family tree for me on ancestry.com.  I wasn’t sure if the family tree  would lead to anything I didn’t already know, but at least I would have some things recorded for my children. Imagine my surprise when my friend received an email from a cousin on my Father’s side! I remembered meeting her, Sherry B., once at my grandmother’s house long ago. ( It was  so long ago that girls were wearing baby doll bathing suits, and Sherry’s grandmother, my Auntie Vera, was trying to sew a row pf lace across the top of Sherry’s bathing suit because she thought the neckline too low.)

We always knew more about my mother’s side of the family than my Father’s, because my mother’s family all lived here, while my Father’s was from Arkansas. We knew that our  Father became an only child when his sister Betty Jo, aged five, died of meningitis. Shortly after my parents married my Father’s father died at the age of 53 from a heart attack, leaving only my grandmother and my Father in Memphis. My Father told us very little about his family or growing up years. I had a few pictures of my Father as a child, but the accompanying narratives died along with him. 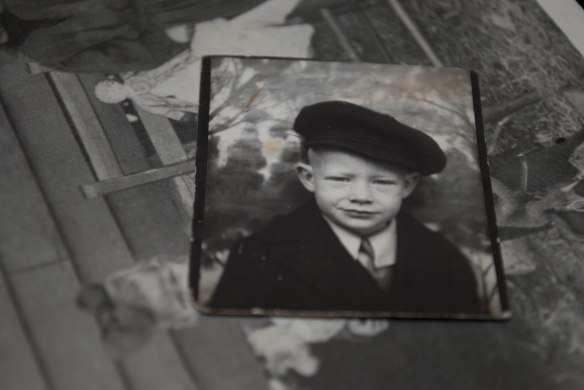 When our cousin Sherry B. contacted me through ancestry.com, I was delighted to find she lived not too far away and was willing to come to Memphis to share any pictures or other information she had. Last Saturday my two Memphis siblings and I met Sherry B.  for lunch. We were all eager to share whatever snippets of information we knew about that side of the family. I mentioned that my Father used to have a notebook that had belonged to our great grandfather John M. Richardson.I had actually seen it but did not know what happened to it after my Father’s death.

“Wait a minute,” cried my brother John, who is named after the man. “I think I’ve seen that at my house!” And he raced off to get the book while the rest of us repaired to my house for decaf and further discussion.

Soon my brother arrived with the notebook, which was bulging with pictures of people we had never met. The notebook itself appeared to have been used by J.M. Richardson to record finances and work hours. 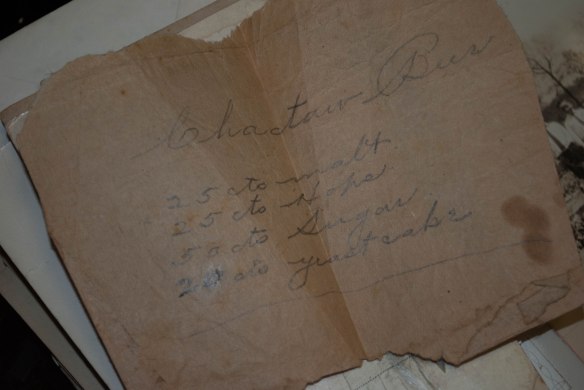 And to save beer recipes.

Every time a new picture was gingerly removed from the book and passed around, it was like Christmas morning. Thankfully my grandmother, or someone, had written on the backs of most of the pictures. That was a gift in itself. 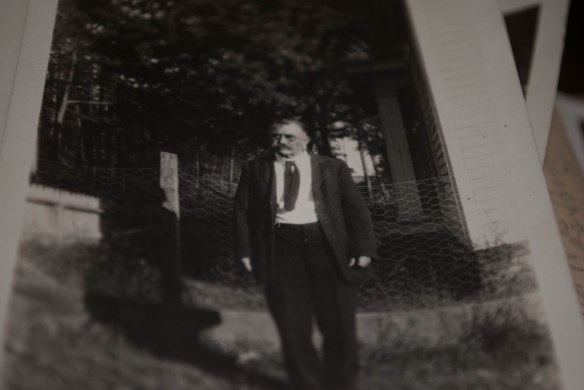 Eventually the picture passing slowed, though it never quite stopped, for we were mesmerized by these people, these faces, these lives, but we were at last able to pool our respective information. As far as tracing back many generations, we were all stuck at a frustratingly recent place, that of our great  great grandfather John Michael Richison. We can find no evidence of his beginnings.

J. M. Richison died in the Civil War and his body was never found. His widow, Anna Doyle Richison, remarried to a man named Crow. We know nothing more about her except that she is buried in Ash Fork, Arizona. 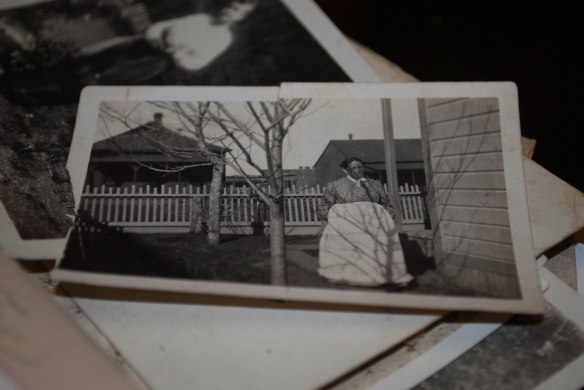 My great grandfather Richison/Richardson fought in the “Indian Wars” 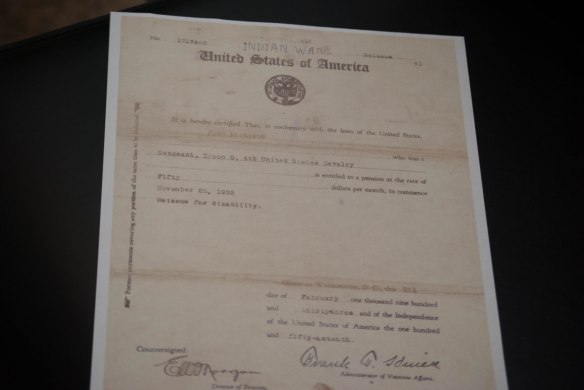 and married a divorcee named Hannah Dow. At some point in his life he changed the spelling of his last name; we do not know why.  In addition to Hannah’s daughter Irene, the couple had four more daughters: Rheba Vivian, 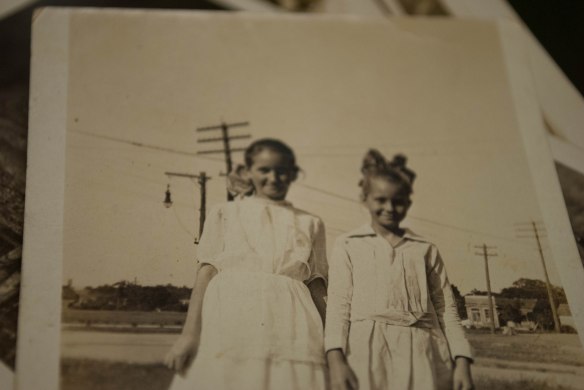 Rheba on the left, with my grandmother Blanche. 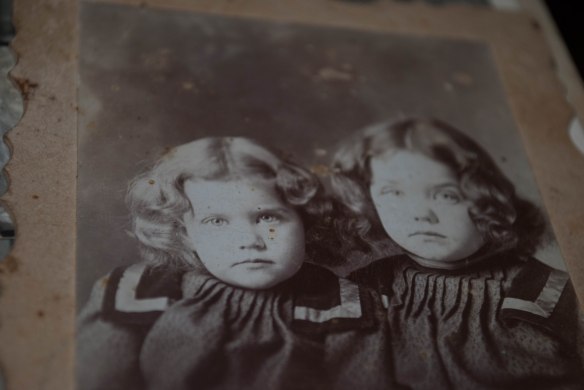 Vera on the left, Tora on the right.

and Blanche Anna, my grandmother. 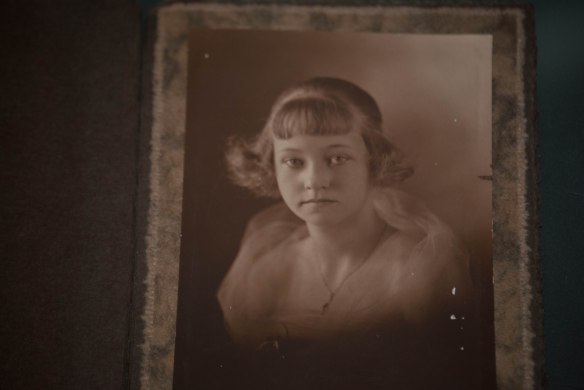 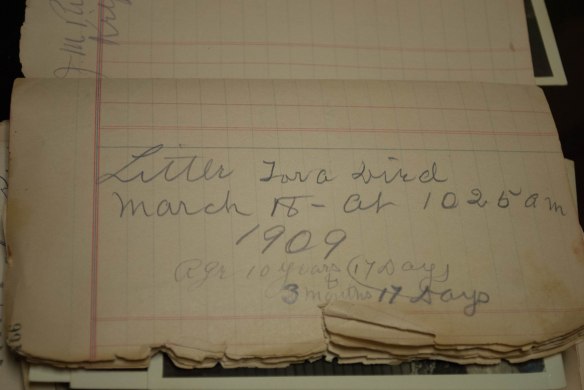 A poignant entry in the notebook. 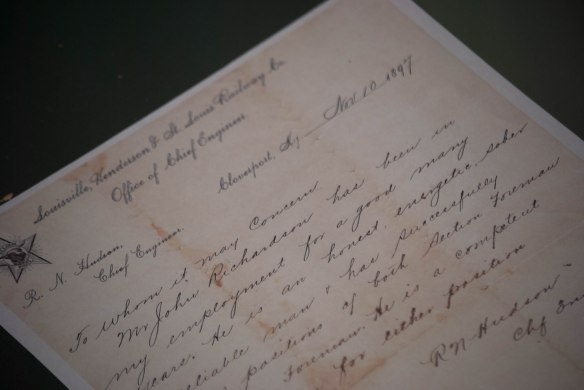 but at some point the family moved by covered wagon to Ferndale, Arkansas, where Richison may have farmed crops or lumber. 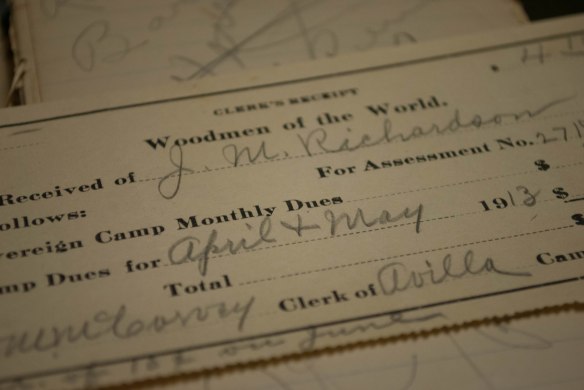 The girls grew up. Rheba married and moved to California where her sons supposedly still live. Vera, Sherry B.’s grandmother,  married but divorced after having three children,one of whom died at the age of nine. 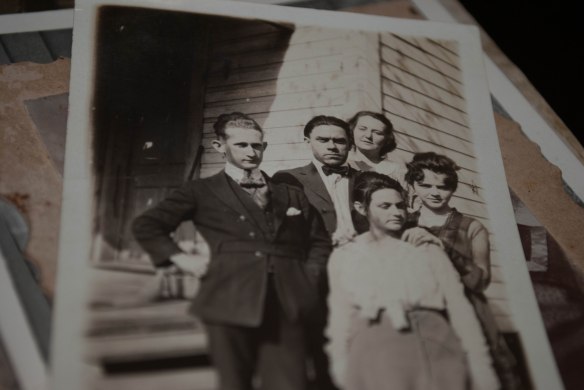 Vera in the front, early in her marriage.

At some point  Vera, likely for financial reasons, sent her children out to work and board with area farmers. Vera worked as a nurse’s aide, became a Seventh Day Adventist, and never remarried. 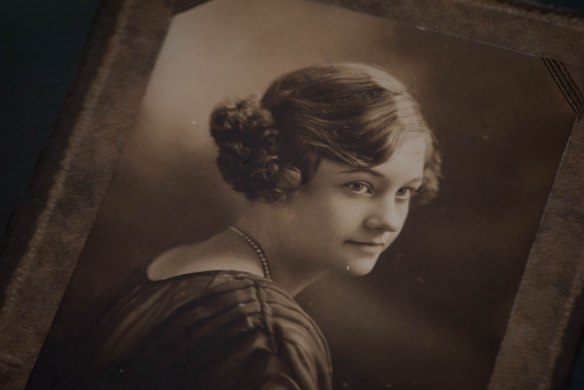 The death of her daughter Betty Jo cast a pall over her marriage. As an adult I once asked my Father where his sister was buried and he said he did not know. 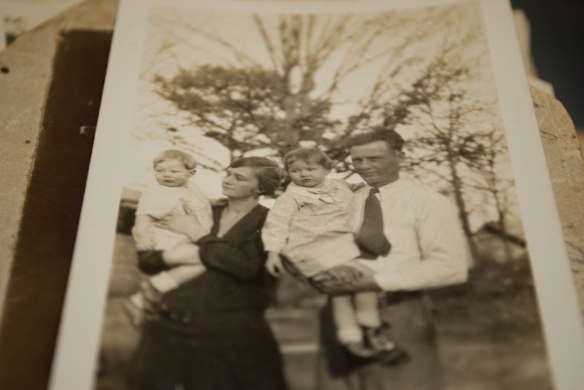 That broke my heart, to think of a five year old’s grave going untended through the years. My guess is that sad things were just not discussed.

We continued to share and muse as we perused the pictures from the book my brother realized he had had in a box for many years. I think each one of us learned some things we had not known before, but many questions remained unanswered. Why the name change from Richison to Richardson? Why the move from Missouri to Arkansas? Why did our forebears tell us so little while they were alive?

No, we don’t know those answers and likely never will. But at least we share the bond of looking and wondering right along with Sherry B. There is a kind of security in that. 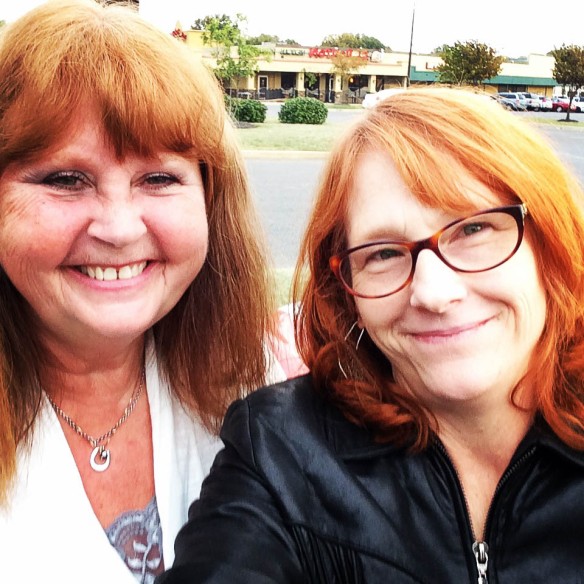 Looking forward to our next visit!