Have you ever found that intending to do one household task quickly leads you to another, and another, until suddenly it’s two weeks later and you’re still in those same gym clothes?  And you feel as though you have been hanging on to the end of a kite tail whipping in the wind? Well, good. Because I don’t want to be the only one.

Here’s how it started for me this time. You recall  that we are in the process of building a pergola? Fine. In the last two weeks there has been lots of activity directed toward that goal. In the aftermath of all this hubbub, which included eight house guests, I simply wanted, in some sort of misguided attempt to feel in control of my environment,  to pick up some of the unripe figs which drop from the tree  onto our pool deck each year. “Luckily,” I said to myself as I approached the pool deck, “you have a couple of weeks to recover before the “Fig Season” is upon you”, But no, what I found on the tree were definite signs of quickly ripening figs. Millions of quickly ripening figs. If this were a movie I would pan over my horrified face while playing some “Psycho”- like music.

I  truly love my fig tree and all the delicious goodies I make from its bounty. But in the last three years the harvest has been so generous  that this little City Farmer has had to go into overdrive to handle the massive amounts of fruit. There will be more on this topic  later, but for background I’ll just say that a few years ago the few figs I had made a nice appetizer or pizza topping or two, but by last year I made over 150 jars of fig preserves and only stopped because my brain refused to give my hands any more orders. Or maybe the orders were sent but the hands refused. 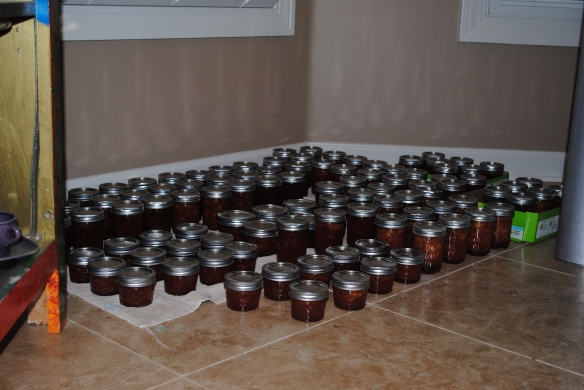 Anyway, I knew I needed to inventory what preserve making supplies I had from last year. But that would mean going into my pantry, where I had shoved my remaining  2011 jars of preserves plus empty jars and  unused bags of sugar. As hints to my recent house guests had not inspired those people  to do it for me,   I resolved that I would have to clean out the pantry myself prior to the inventory if I did not want to cause an unwelcome avalanche of cans and jars raining down on my head. For yes, the pantry had gotten completely out of control.

But a certain discovery earlier this week booted the pantry cleaning right to the top of the list. This was when I heard my husband shout from inside the pantry. “We’ve got BOTULISM!” I came over to investigate, because he tends to get upset about these things. There he stood with a corroded and/or exploded can of ten year old jackfruit in his hand, no doubt with his mind reeling with all the grisly possibilities of WHAT ELSE could be found within those unsavory recesses of the pantry.  “Not to worry,” I consoled him as I disposed of the offending can. “On Friday I will clean out the pantry.” And just like that I was committed to a horrible task that I only perform once every ten years or whenever I move, whichever comes first.

I somehow forgot to take a before shot of the pantry, so you’ll just have to trust me, but here are some shots of what was emptied. 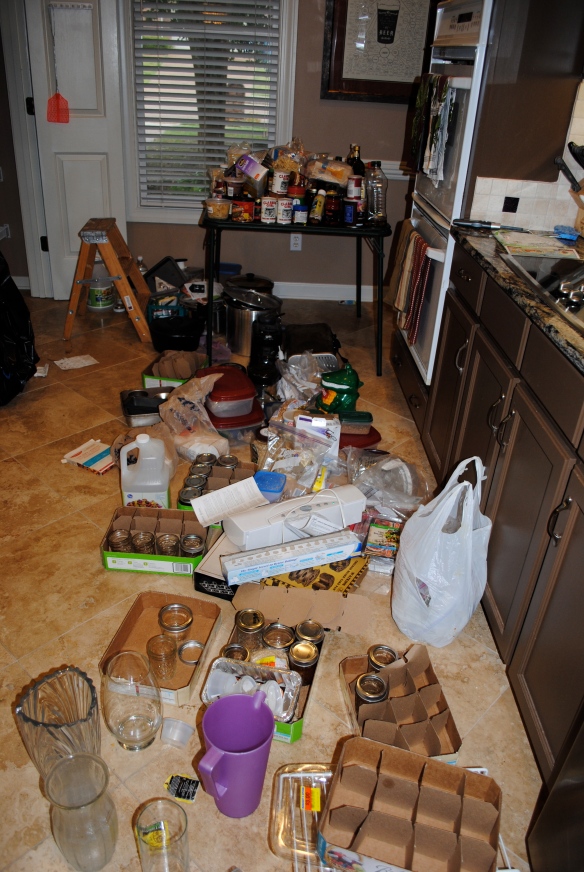 Feel sorry for me yet? 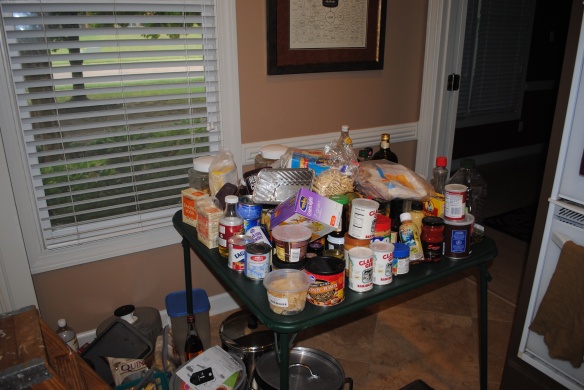 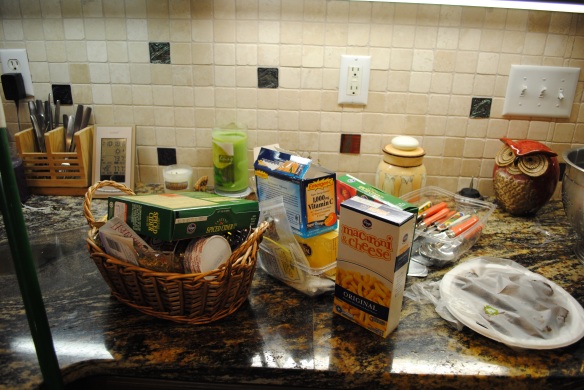 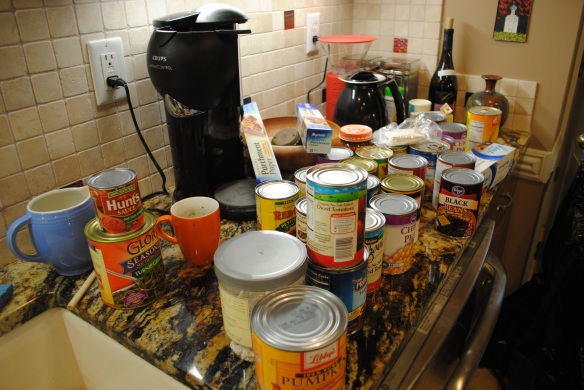 Here is the empty pantry. 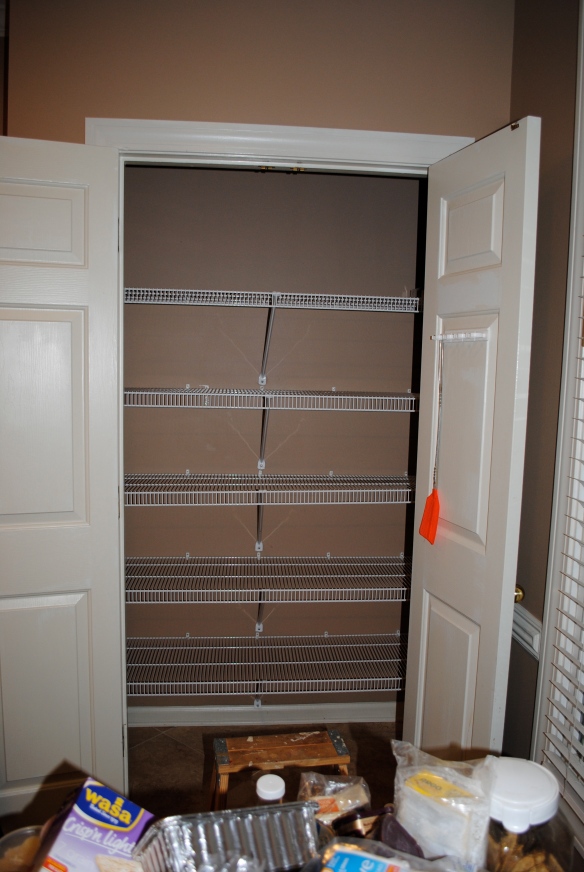 In the end it wasn’t as awful as I had feared.  I can honestly report that here were no more exploded cans. But I did throw some away preemptively. 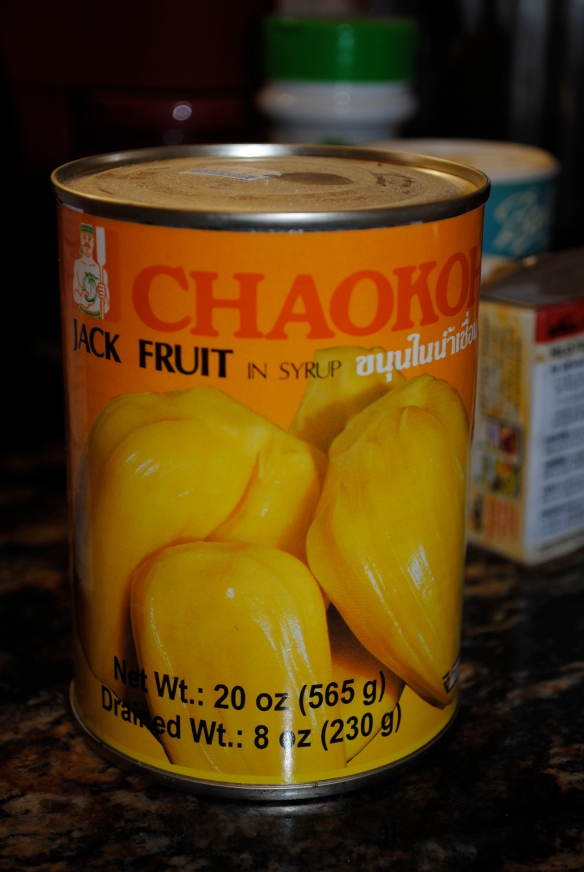 It is somewhat reassuring to know that with four cans of baking powder, I need not fear running  out of the vital ingredient  in the middle of an important baking session.  And it is gratifying that for the first time in my life, the snack foods are completely unprotected from the grubby hands of children and teenagers, which means that I too, if I have a mind to, will be able to reach the pretzels on the bottom shelf instead of leaping several times into the air toward the top shelf  like a trained poodle grasping for a treat.   And look at these cute estate sale finds I had shoved in among the bags of sugar and cans of soup. 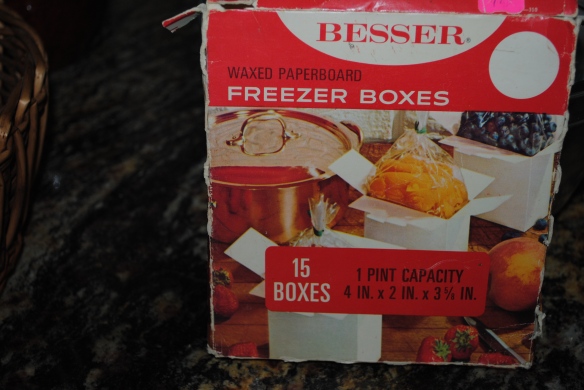 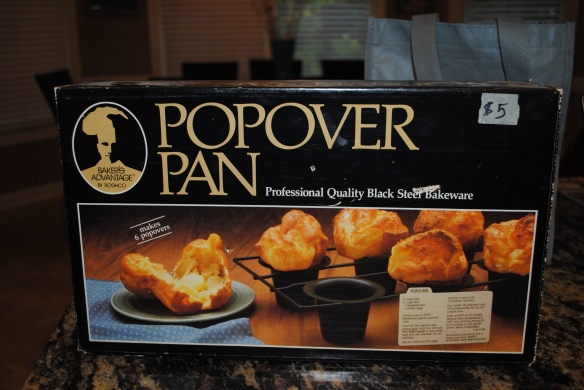 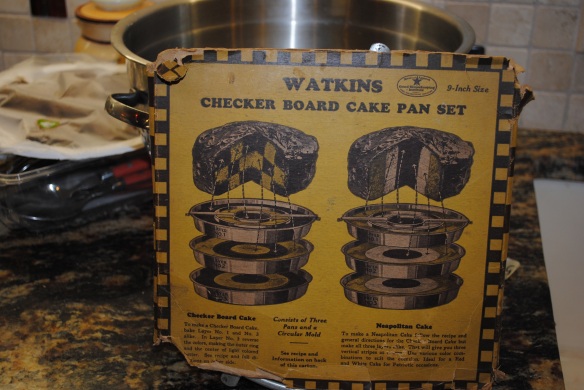 Here is the finished pantry. 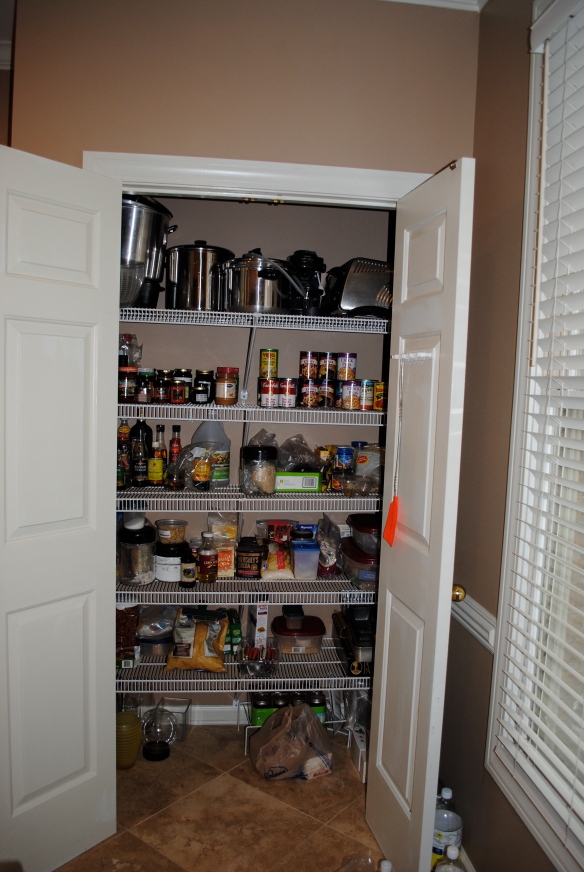 NOW I can inventory my existing canning supplies, so I know what to buy, so I can wash all the jars and have them ready for when I bring in loads of figs twice a day, so I can wash and prepare them for canning. Whew! And for your information, I am still in my gym clothes. Some days are just like that.